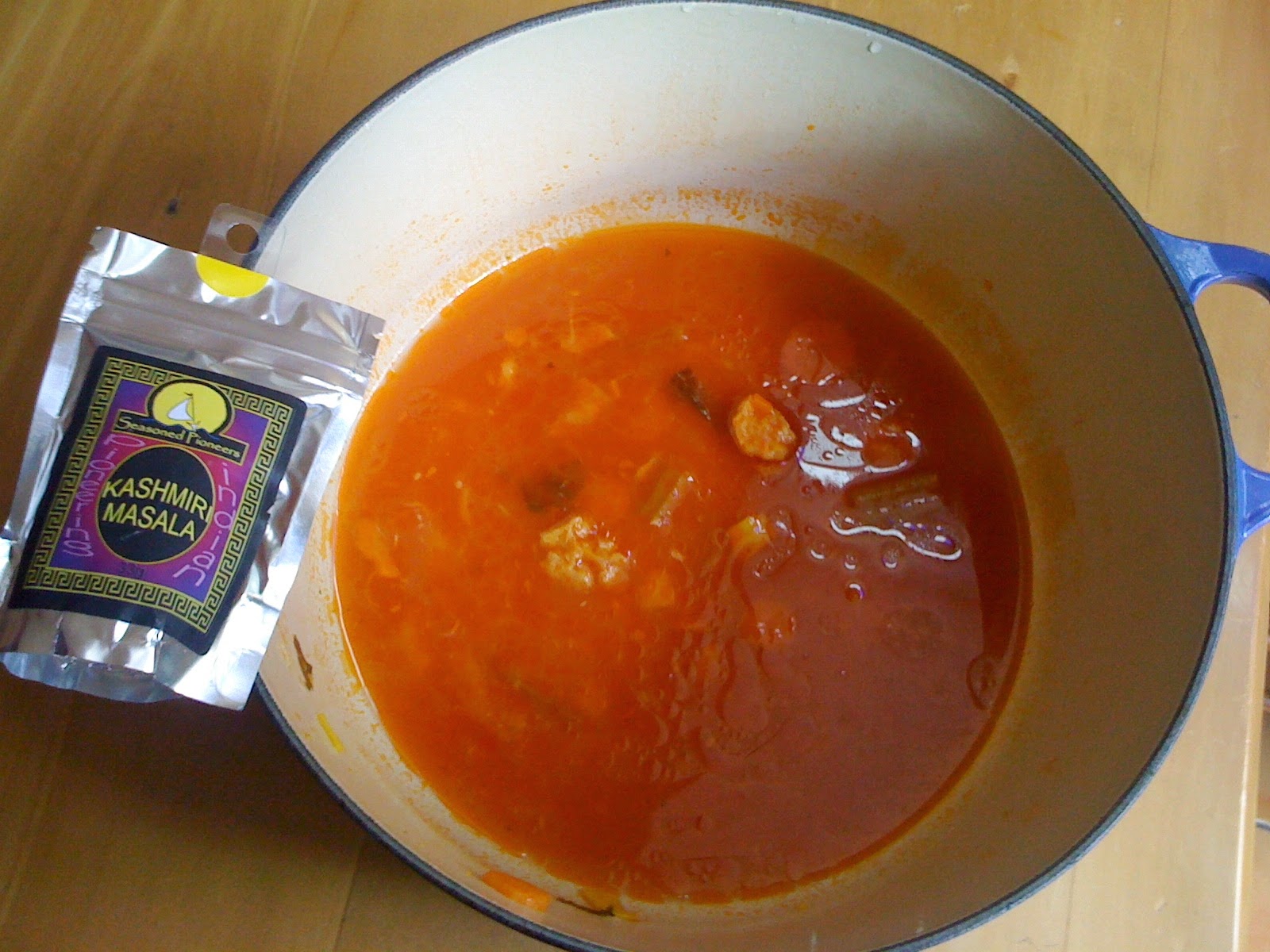 Manu invited me to a 'Swap' on her blog, and my swapping partner is Billie from Scotland. We had to send each other an ingredient and then make a recipe with it. I sent Billie the Fresh As raspberry powder, and I look forward to see what she will do with it! She sent me some Kasmiri Masala, but because I got it late (I forgot to tell Billie my address, silly me, but fortunately she copied it from the parcel I sent her!). The best thing about a Masala is that you don't have to sizzle all the spices at the beginning and work out the doses, in fact a masala should be added at the very end, to enjoy the fragrances of the aromatic spices (and the Kashmiri Masala is definitely very aromatic!!). So even if I was running around like mad I managed to throw together something starting with the leftover juice of a peperonata (stewed capsicums with celery, carrot, and garlic). 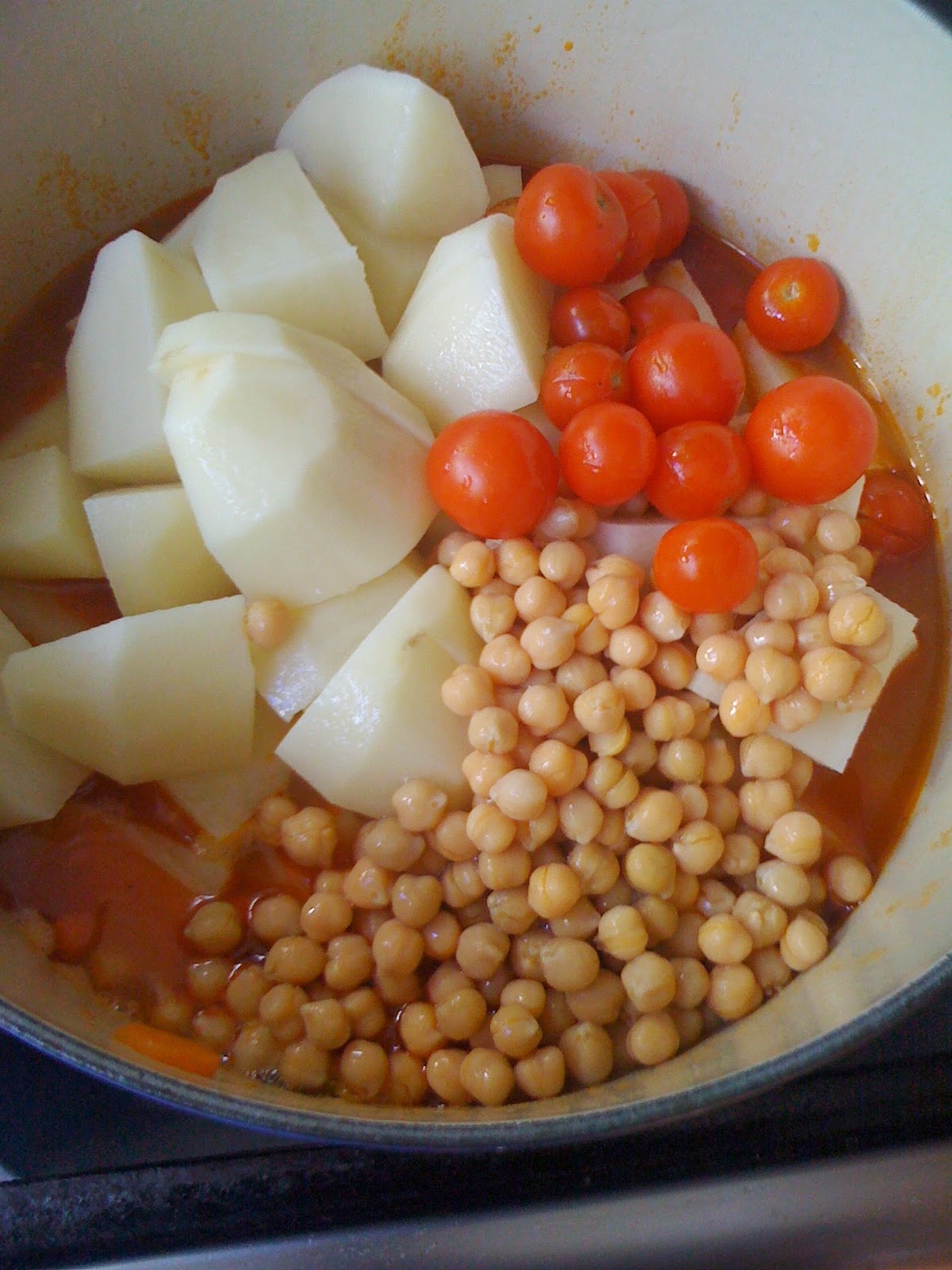 I had all that wonderful bell pepper's stock left from the night before (we ate all the capsicums and veggies), so I just peeled and cut 5 large potatoes, added the content of one can of chickpeas, and some cherry tomatoes from the garden (make an incision with a knife so that they don't 'explode' during cooking). I added a little salt and then simmered everything until the potatoes were soft. I adjusted for salt and added one tsp of Kashmiri Masala, put the lid on for 2 more minutes on low. The only problem is that I don't have a last photo! We ate too quickly before remembering to take one! :-) But I hope that you will like the recipe, and it is super simple! Serve with basmati rice and roti.