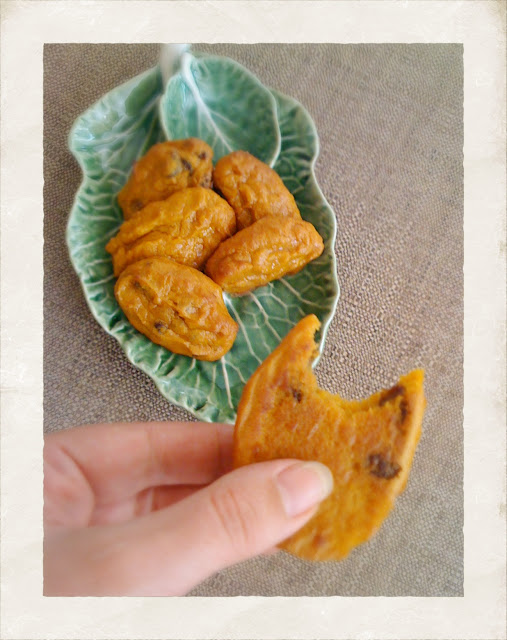 One of my favourite Japanese sweet is the baked sweet potato wagashi. I made something similar to this before, and I thought that the New Zealand kumara looks like a Japanese potato... but then I ended up with something completely different :-).

First of all kumara are much softer that Japanese sweet potatoes, then I only had an orange kumara at home (the red ones are better because they are white inside). I thought of baking my kumara, as steaming it was going to make it even softer and in the meantime I drunk a bit of Umeshu,  (my husband came back from Japan with a bottle of Choya Umeshu, sweet plum sake) and decided to soak a few sultanas in some too to add to my cakes. Once my kumara was done I quickly realized that it was going to be far too soft for molding, so I reverted to plan B, i.e. not shaping the sweets by chakin shibori (with a muslin cloth or handkerchief), but simply dropping them on the baking tray with a spoon! For one mashed kumara I added 2 tsp of brown sugar, and then 'dropped' three tablespoons of the mixture on the baking tray. I did the other three adding the sultana soaked in Umeshu, just to make a variation. 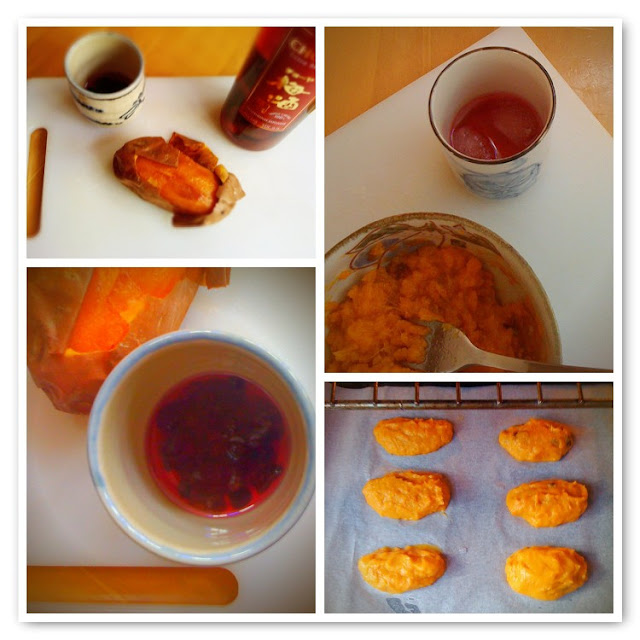 I baked everything at 180°C for about 15 minutes. To look at them I think that these are among the ugliest sweets I have ever made, but they tasted incredibly good, especially the ones with the sultana. I will make them again, but I will also look for some more 'floury' sweet potatoes (not kumara) so if you know where I can get some in Auckland please let me know! 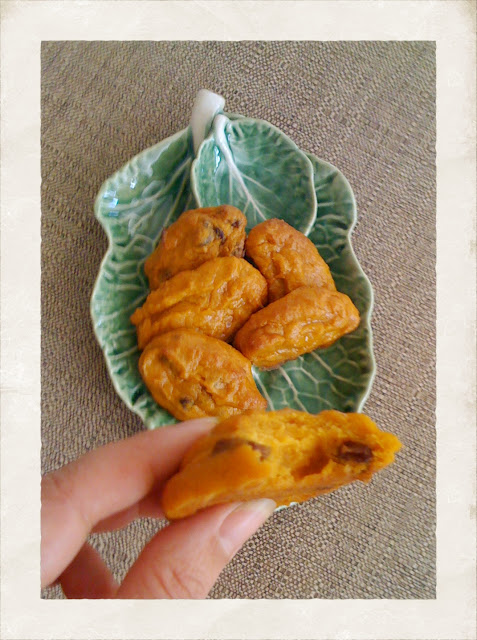