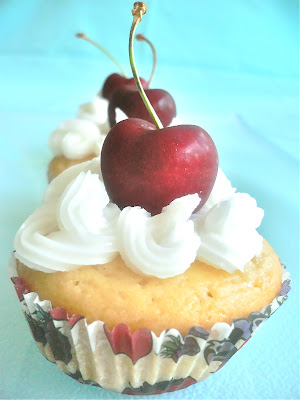 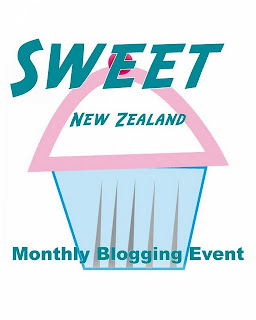 I am entering this recipe for Sweet New Zealand #2, the New Zealand monthly blogging event, this September hosted by Allison of Pease Pudding. Please come and join us here.

My friend Claire gave me some organic coconut butter. It was pure white and smelled delicious, like an expensive hand cream. But the only thing I can do with coconut butter is vegan puff pastry, and that's take time...also it is too hot now to make puff pastry! I wanted to try something different. 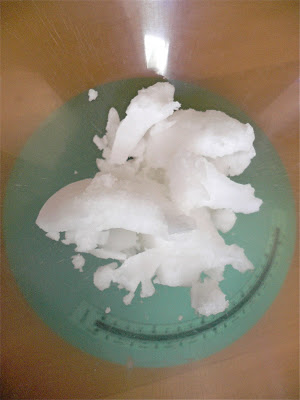 For my first experiment I tried some muffins... I used a lot of coconut butter, too much! 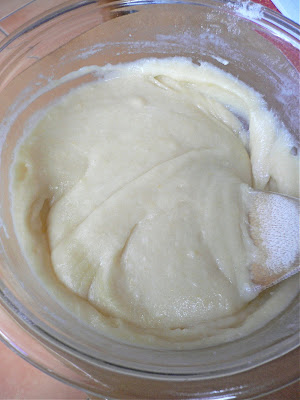 Well, what can I say, they were...ok, but nothing more. The fact is that they were too rich for my taste (I am extremely fussy), too 'greasy'. They were eaten, of course, by family and friends, but I wouldn't make them again, so I won't bother with the recipe. 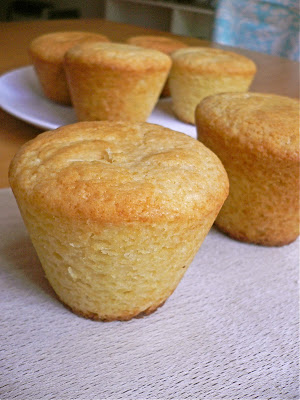 I gather that if coconut butter is so rich, maybe I could try to use less (And if I failed again I would make hand cream!).
I had some coconut butter in a bowl, so I melted it in the oven. When melted, coconut butter becomes liquid, and very clear.
I measured 150ml of coconut 'oil'. I felt that my muffins would be very white, so I decided to use raw (brown) sugar for colour. Also I felt that possibly I would not get really 'high' muffins, so I opted for cupcakes, used cupcake paper cups and planned a topping. 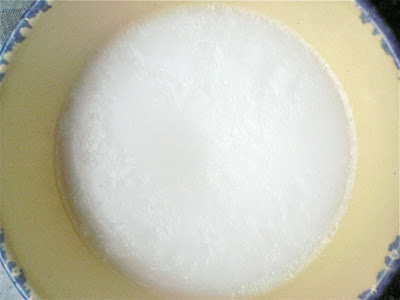 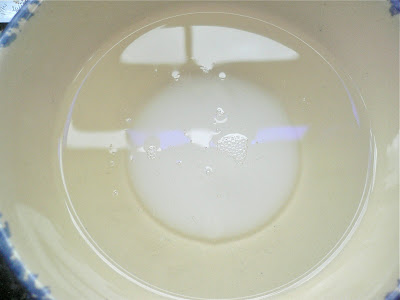 Using an electric beater mix the still warm and melted coconut butter with the sugar, then add the self rising flour and water, making sure that you don't get any lumps. Finally add a few drops of vanilla and divide the batter into 12 cupcake cases. Top each cupcake with a little cherry jam. 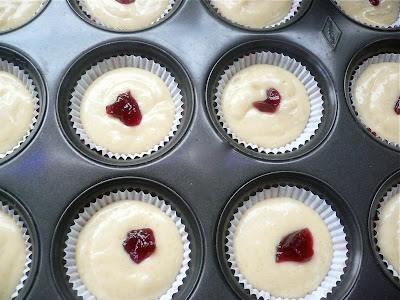 Bake at 180°C for approximately 20 minutes (check with a toothpick to see if the cupcakes are cooked). They will look quite pale! I tried one hot, then cold, They were light and fragrant, with a subtle hint of coconut. They keep soft for two days, after I don't know, we ate them all! 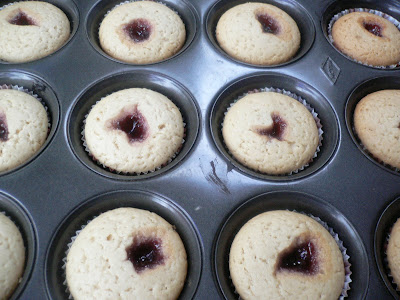 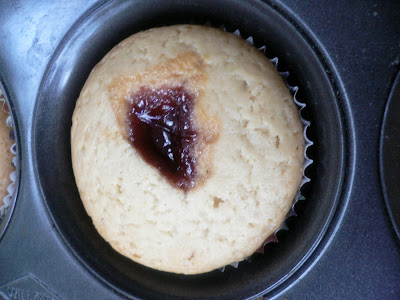 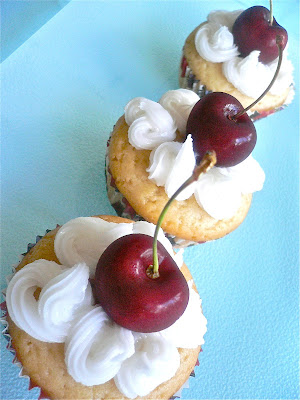 No much time to think about this actually, I had guests for dinner and I was too busy with the main and dessert to indulge in further experiments. But I had some ready made Wilton Decorating Icing which, by reading the ingredients, looked vegan to me...so I just used that and a fresh cherry.

I rarely use ready made icing, and if I do it is generally white. Possibly next time I will just make some butter icing with coconut butter and sugar syrup, or just coconut butter and icing sugar. When I get more coconut butter, that is :-)! For now I am content with the cupcake "base", toppings will always change! 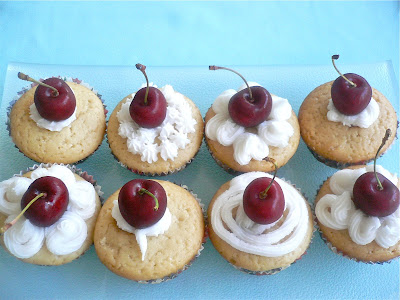