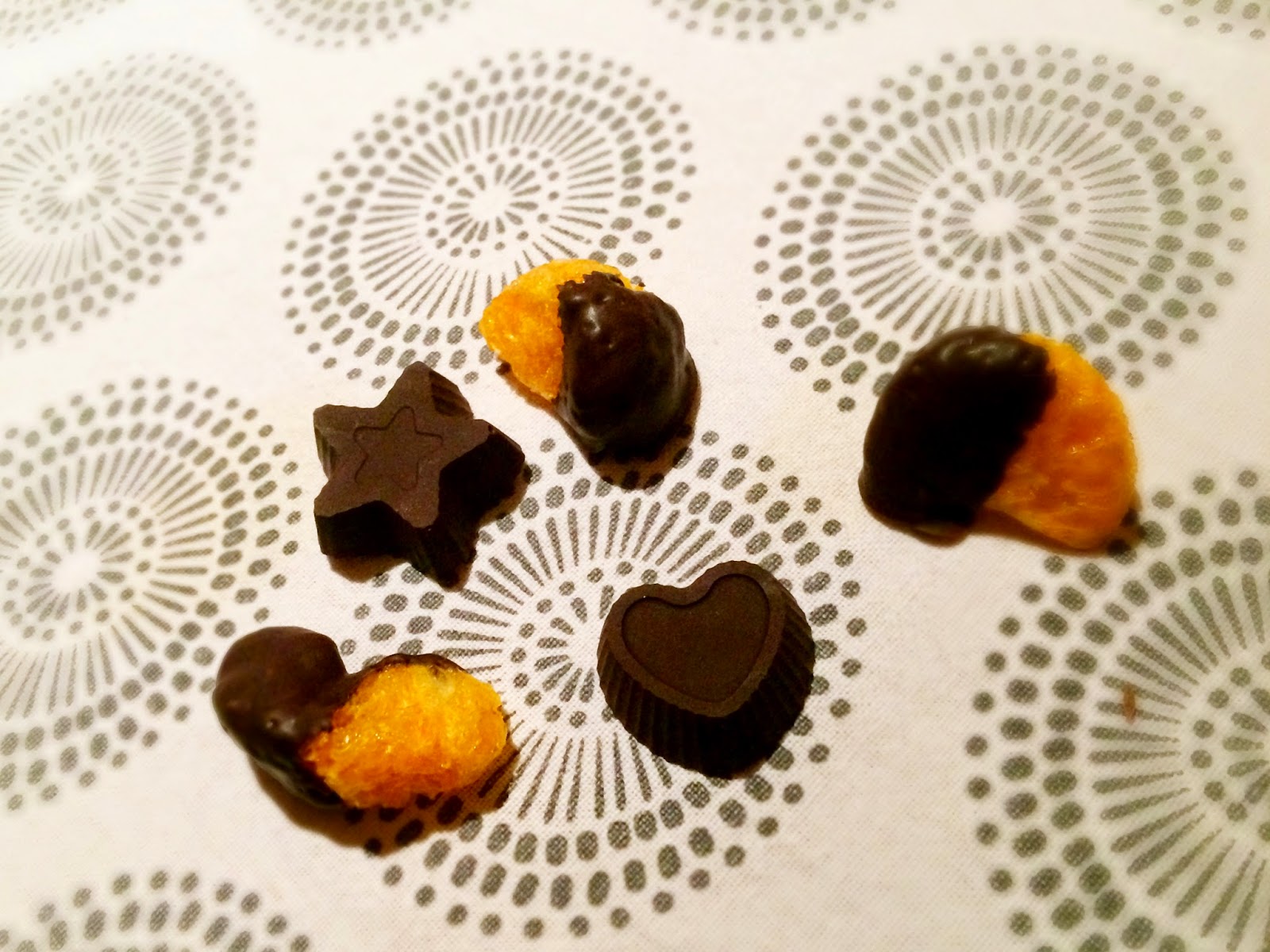 I made these with my daughter, we used Fresh As freeze dried mandarins and blueberries, plus some dark chocolate (the darkest the better for me, and chose a non-dairy one for vegan chocolate). Just need to melt the chocolate and then half dip the mandarin slices. The freeze dried blueberries… sorry but you cannot see them… but we just added a few to the remaining chocolate (after we used all the mandarin slices) and then poured the mixture in chocolate molds. So easy, quick, and petty too! 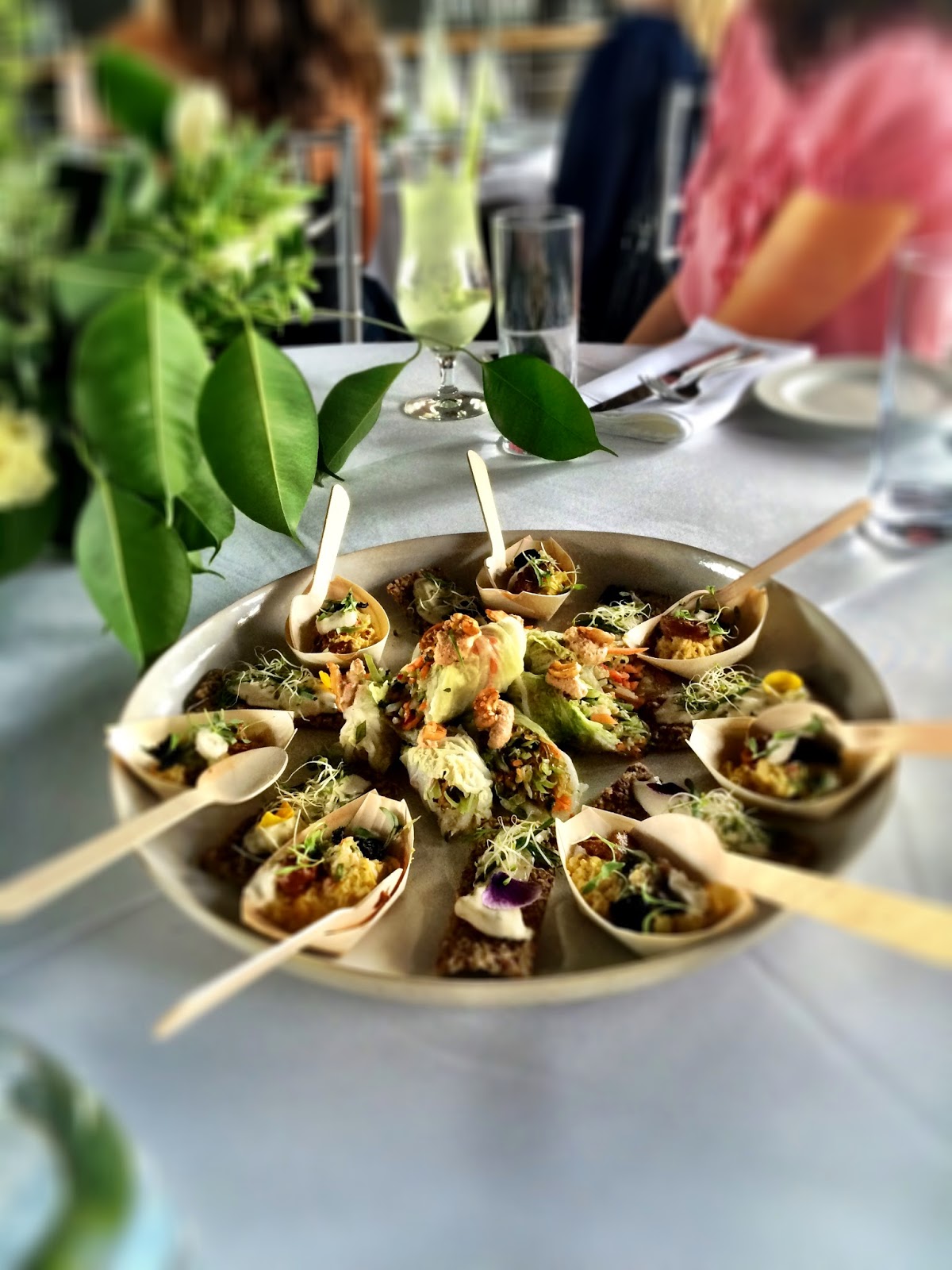 These are the pics from a lovely raw vegan lunch hosted by Vitamix a year ago, I did publish them in another blog in 2015, but I though of using them again as they are quite inspirational, and Megan May of Little Bird, creates lovely food. My favourite was the nut cheese (pictured below on the raw cracker) made with soaked cashews, macadamia, water, onion, salt and lemon, plus some herbs (parsley, chives and dill) added after the blending of nuts. 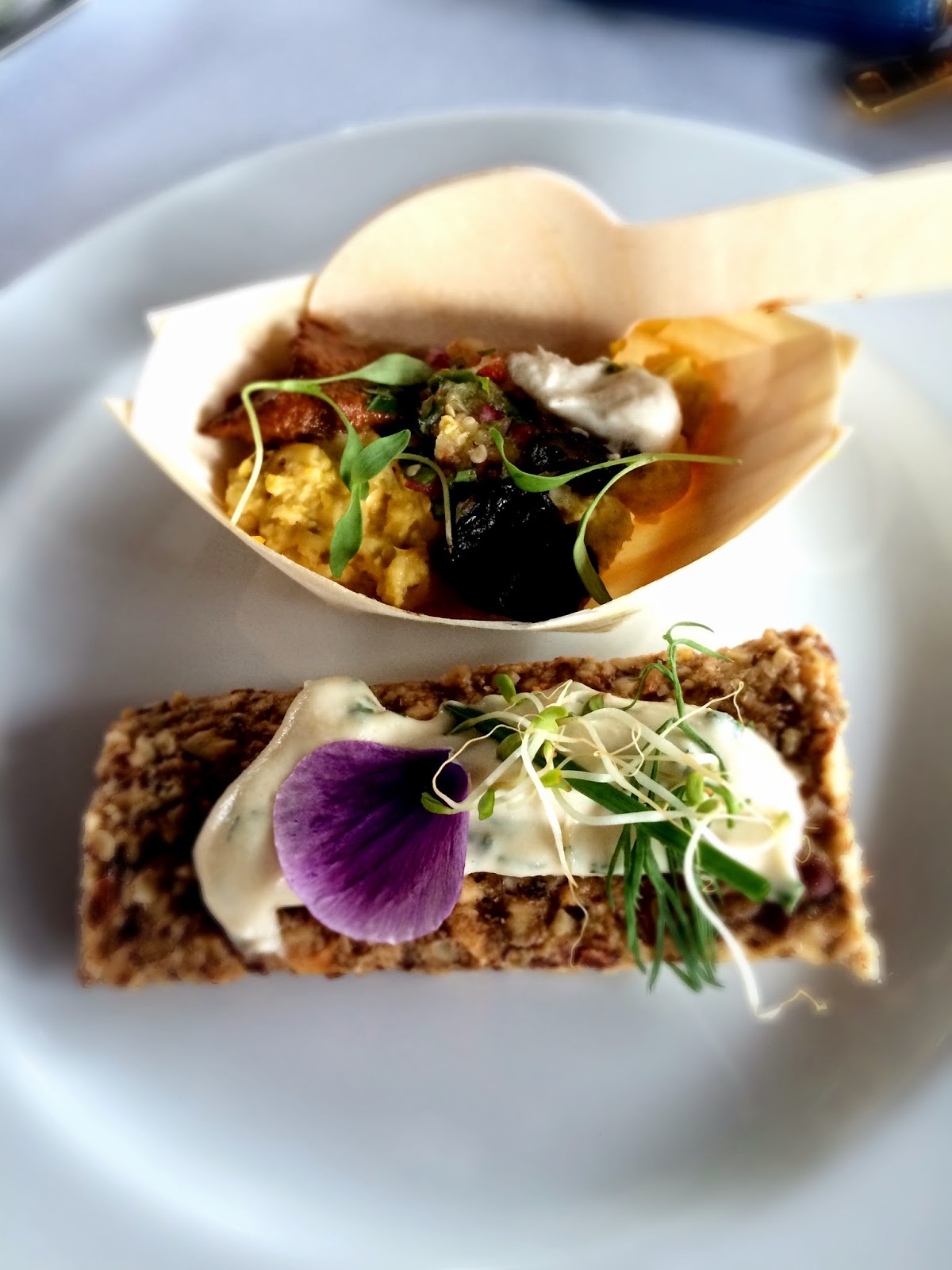 The first time I got into raw food was in 1991, I was living in London then, and I had been a vegetarian for a few years already. A friend suggested this book, which was already old by then, I immediately got it from the library and read it cover to cover in no time. The appeal then was never a complete raw diet for me, but just the fact that I felt that the local (British) vegetarians didn't eat enough raw salads, fruit and veggies, while I was looking for something more. In fact the local vegetarians seemed to eat even less vegetables than a carnivorous Italian male would! If I was eating a salad people would come up to me and say that my meal was wrong because it lacked protein, while their baked beans on toast were perfectly balanced. I just could not accept this, a part from the fact that canned baked beans on toast do not appeal to fussy Italians like me, I felt that this obsession with certain types of protein in every meal was too heavy on my stomach, and that greens gave me something more, like a 'life force'. The book, entitled Raw Energy, had some good points, but sadly the recipes were not my cup of tea - they lacked fantasy and taste, and I didn't see the point in most of them. 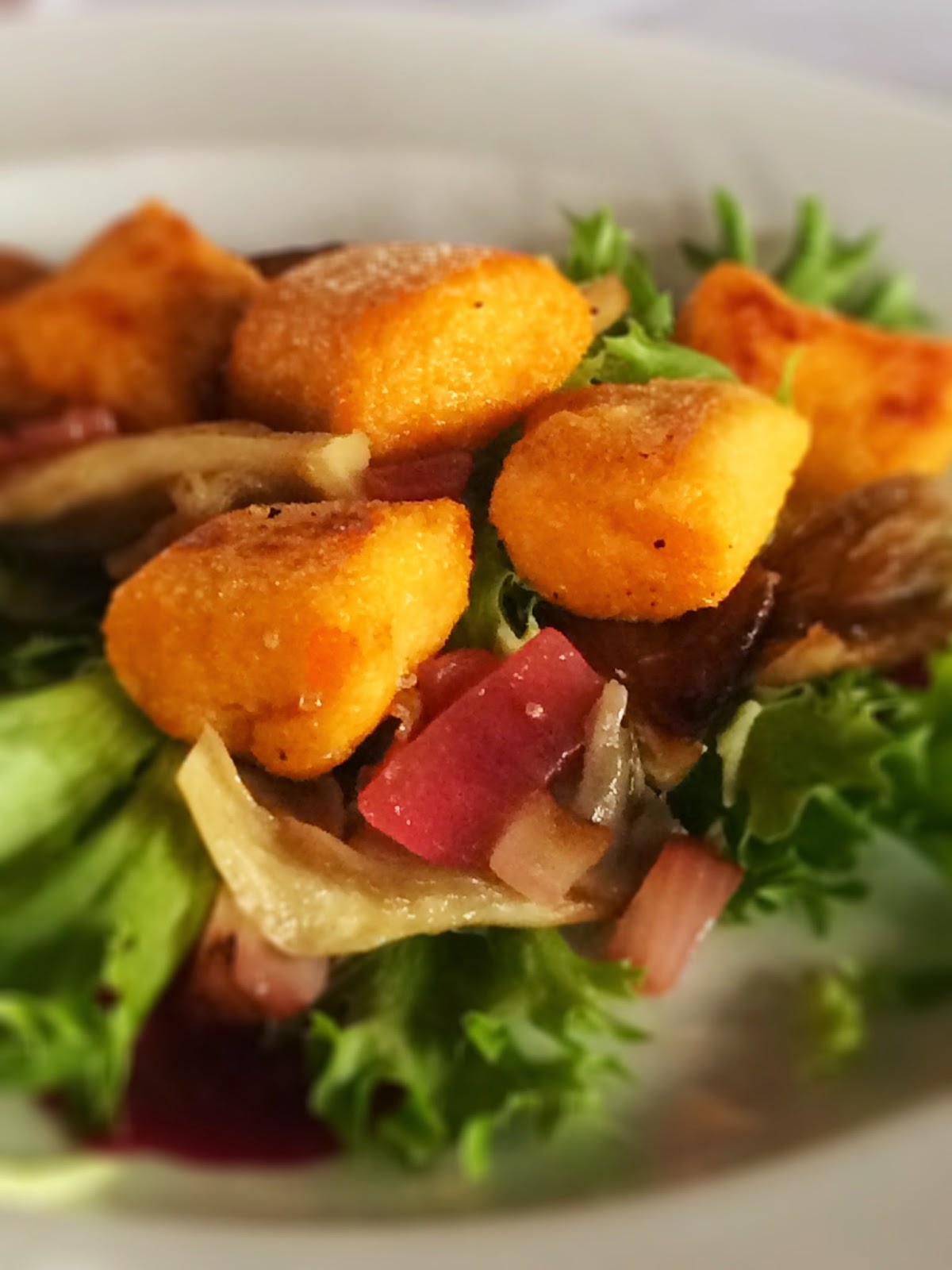 Raw food has definitely developed since then, and there are more ingredients available now. Still, before launching myself on the platter of starters that reached out table yesterday I did ask around if there was any meat or fish in them, a sad by necessary habit of mine, and one of the diners told me, matter-of-fact, that it was all raw, i.e. vegan. This proved to me that there are still a few misconceptions about the raw diet: raw veganism may be the trend now, but I have met raw foodists who eat (raw) meat and fish. Raw food is not uniquely vegan or vegetarian. But fortunately for me Little Bird's food is, in fact, all vegan, and organic too! 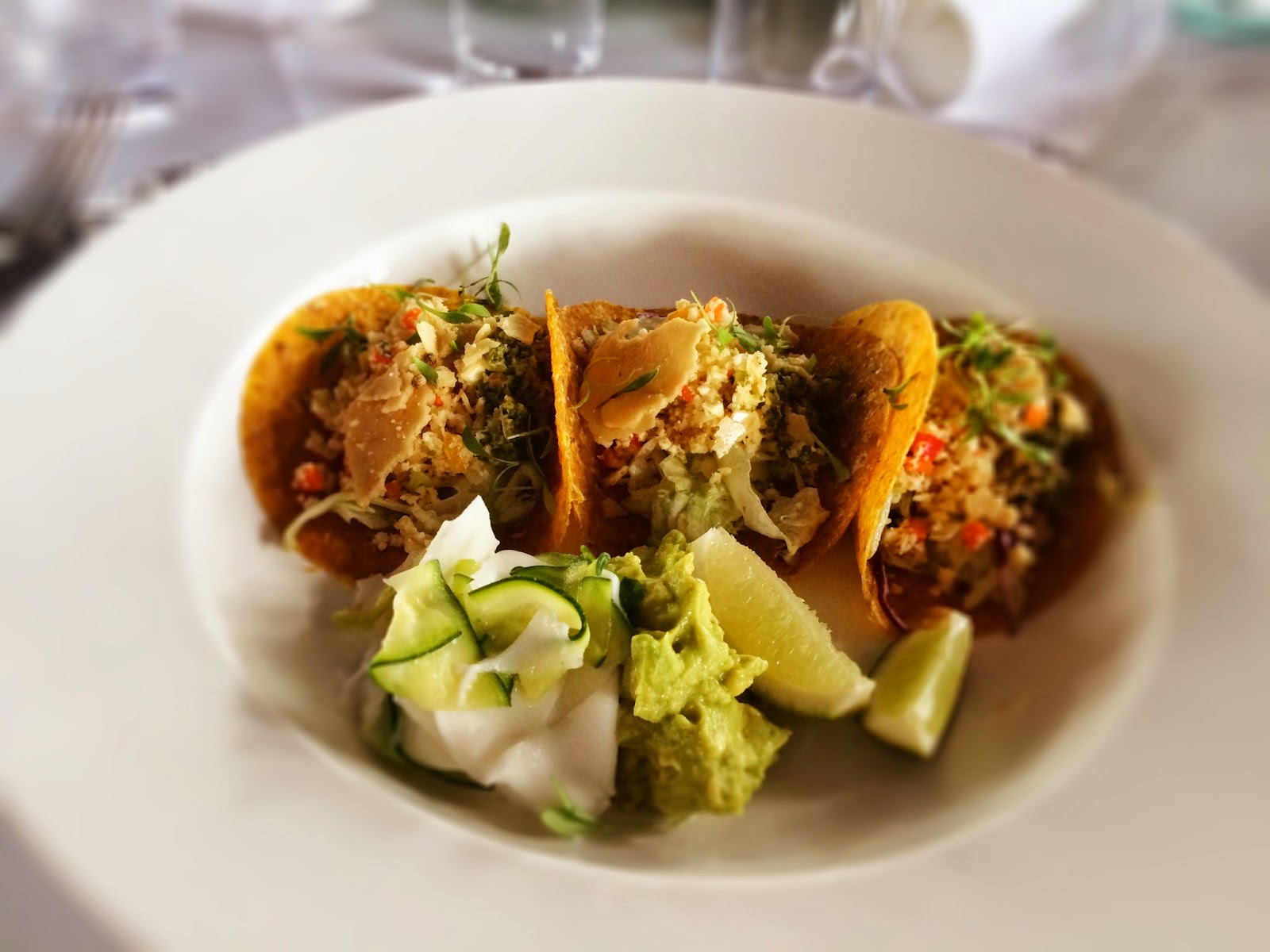 And of course raw food is not just salads and juices, as Megan showed us on the day. At the end of the meal I was so full that I didn't need dinner, just one of the dishes, or even the opening smoothie (which I forgot to photograph) would have been enough for me, since I don't eat that much. But I just had to try everything and then wait for dessert, a luscious chocolate and hazelnut tart! 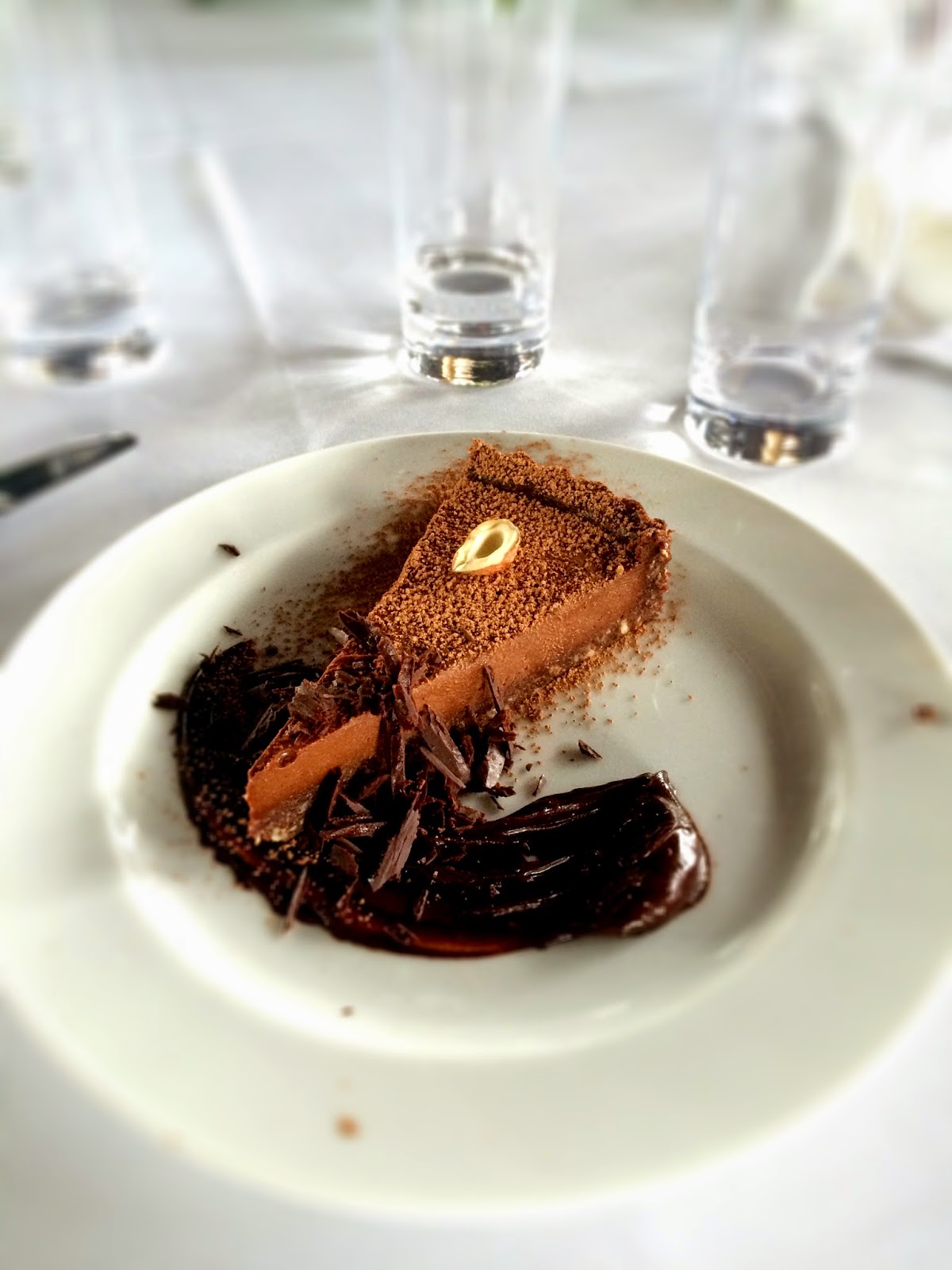 These days there is plenty of raw food on my table, (if you are looking for raw vegan recipes click here) but I don't use a dehydrator or practice low temperature cooking; when I cook I cook (and bake and fry and all that) and when I don't I am all for salads, dips, juices and smoothies and raw desserts that tend to be more like traditional raw recipes, and mostly made with cheap everyday seasonal local produce, rather than anything fancy. And like most people I have a juicer, a blender, knives and mortar and pestle, although now I may just need a Vitamix to make that nut cheese :-)! 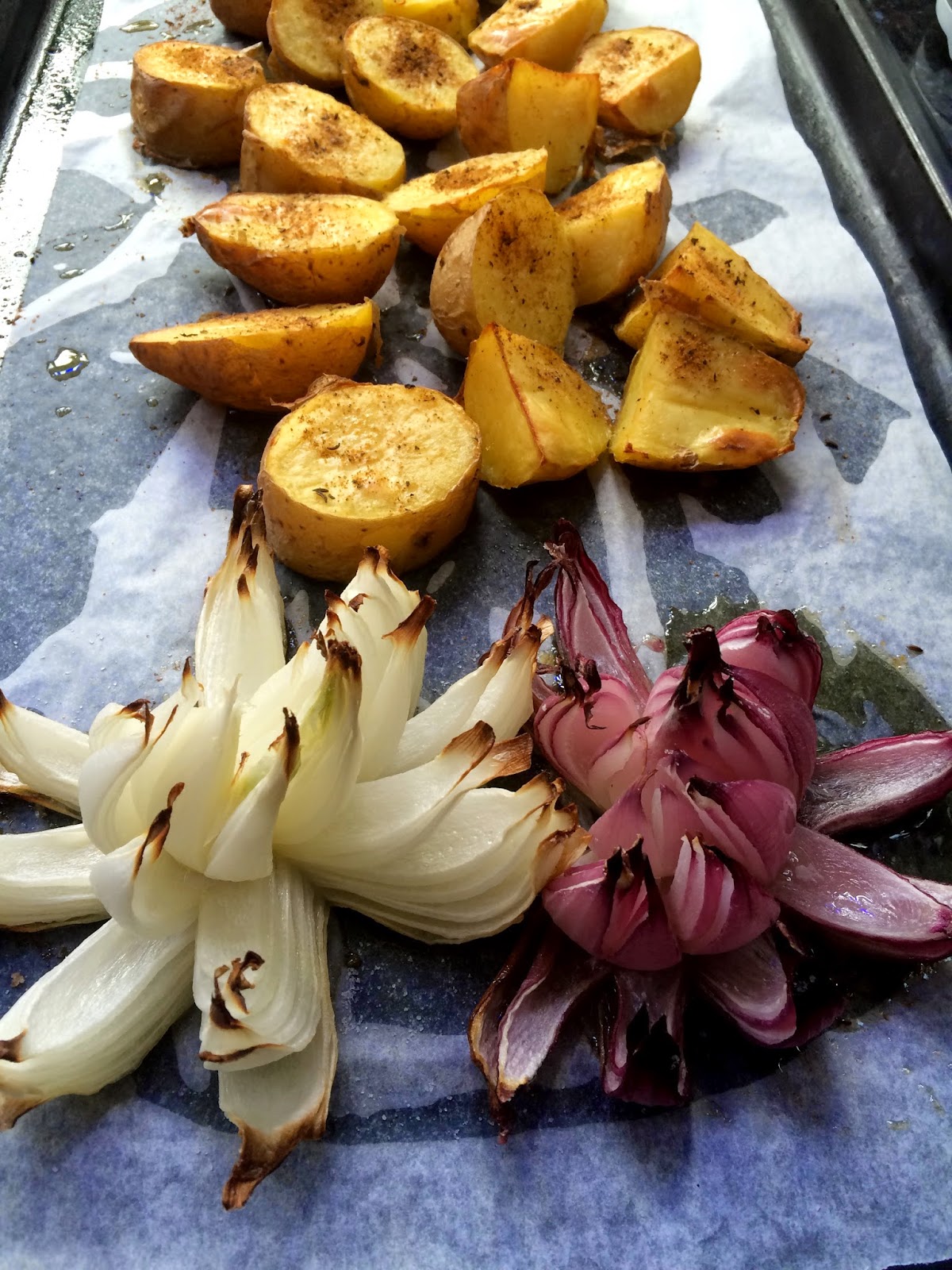 I saw this idea on Pinterest and loved it! Just peel and cut whole onions from the top into 6 or 8 slices, but leaving the end attached. Then, when you roast the onions they will open like lily flowers.
Of course the Pinterest photo had onions that looked brighter and … raw, yes possibly more photogenic, but surely not as tasty! Roast your onions properly, until they are soft and sweet. I roasted mine with potatoes, adding olive oil, salt and spices (also, I cannot digest raw onions, so I do prefer to cook them anyway). Next time I will try to boil them first and see what happens :-). 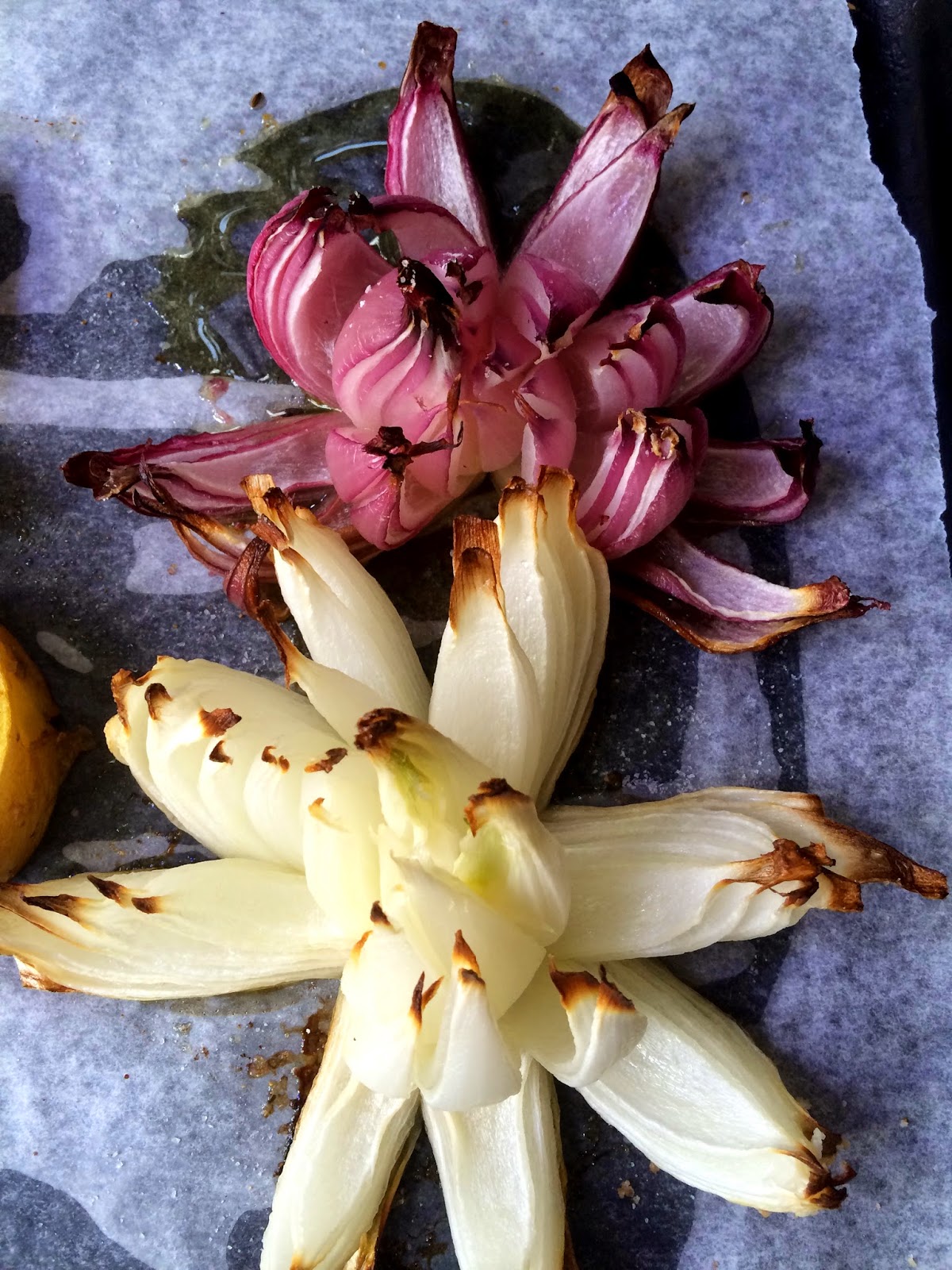 Posted by Alessandra at 2:14 AM No comments: 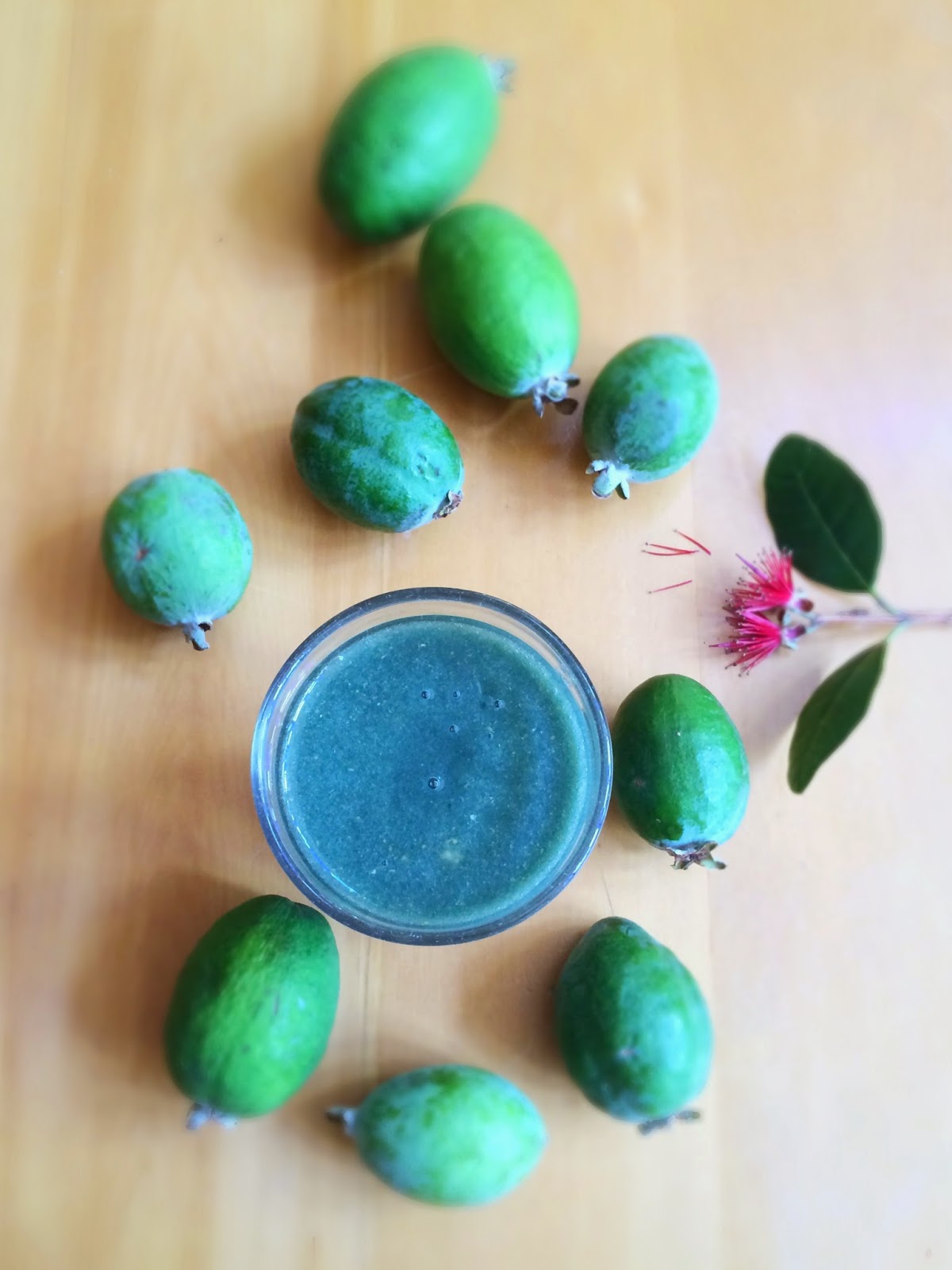 Finally I have some feijoas in the garden! 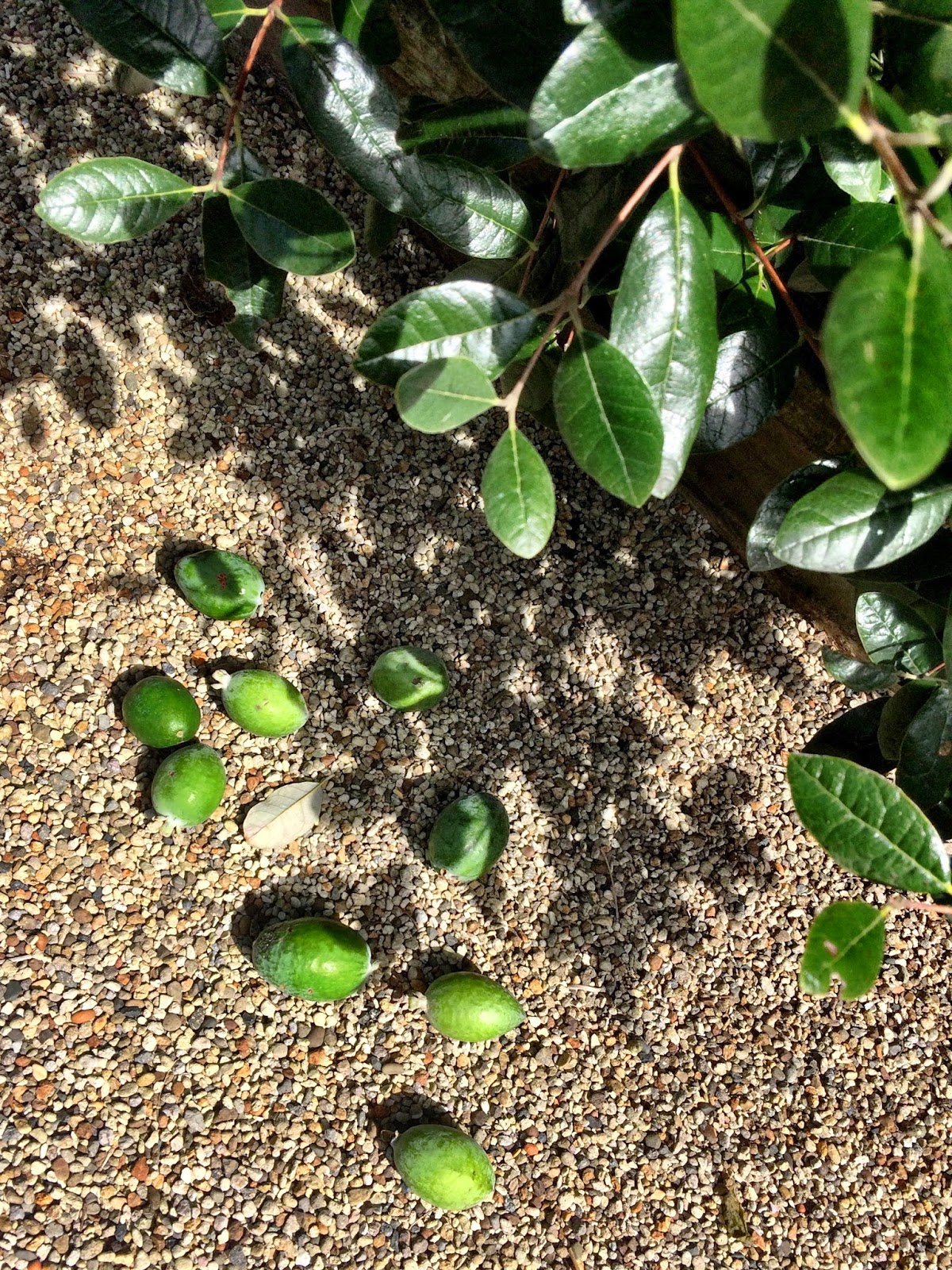 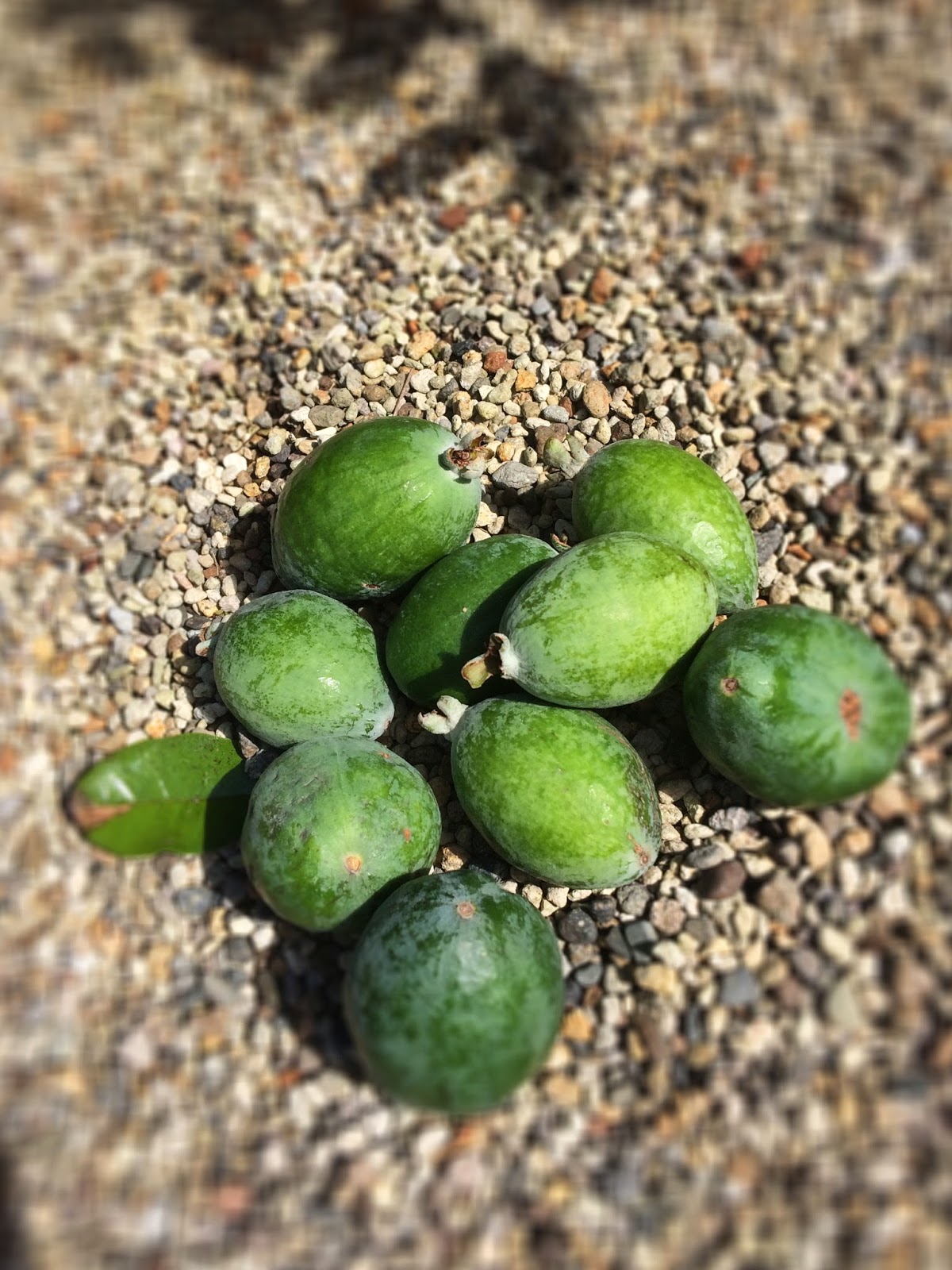 They are perfect for breakfast 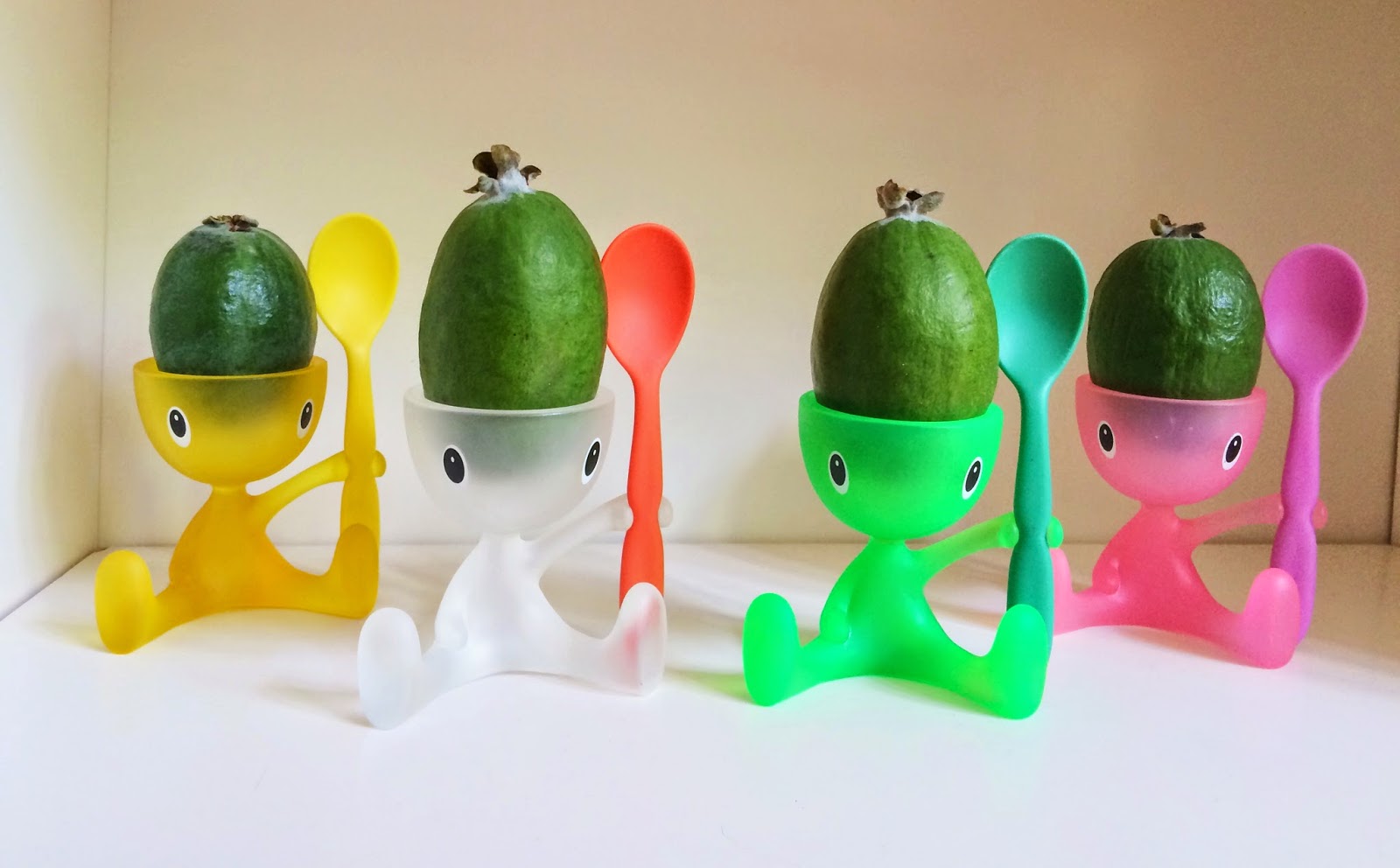 For 2 smoothies I just used 6 feijoas (peeled), 400 ml natural apple juice and half a tsp of spirulina. 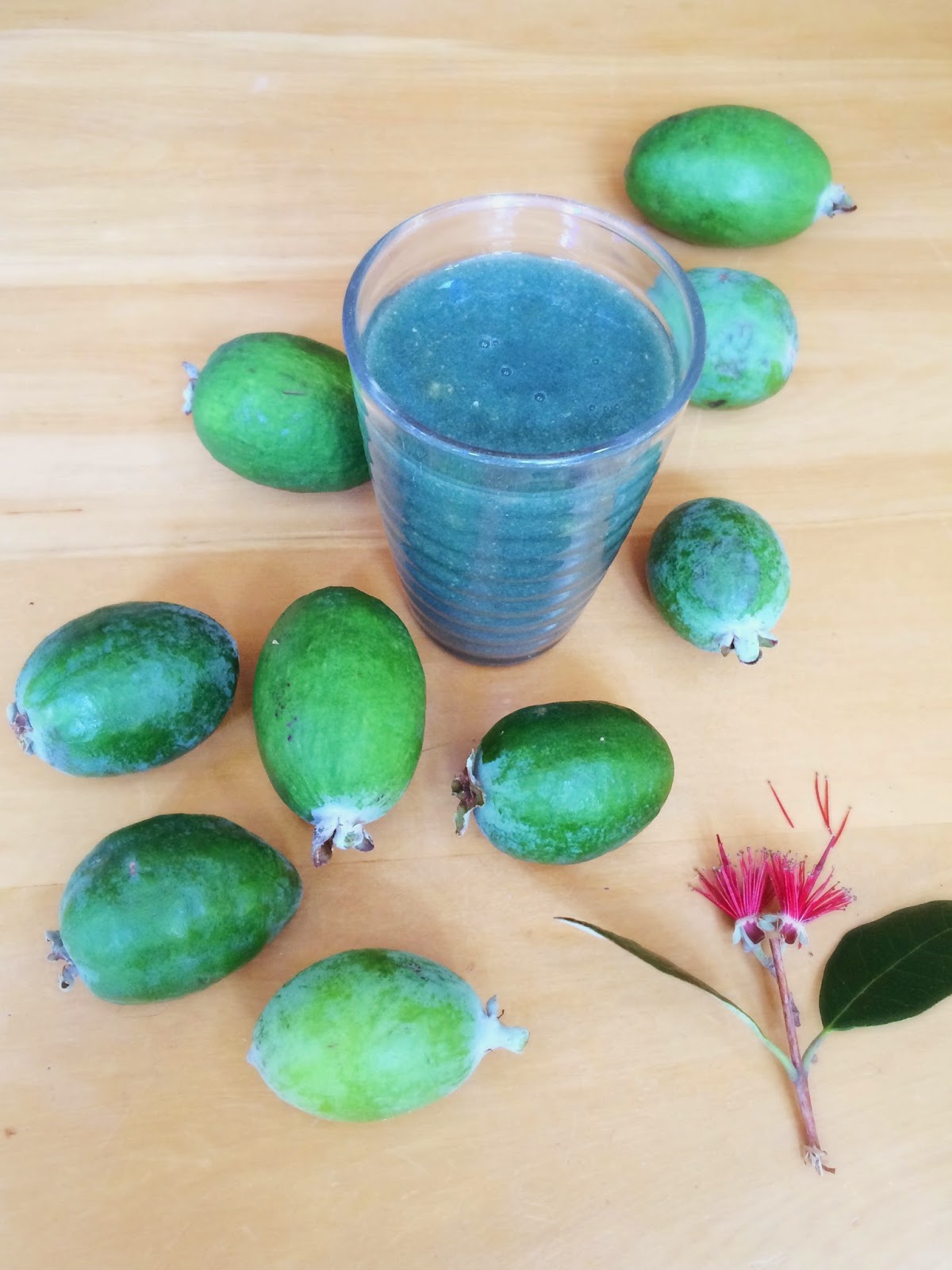 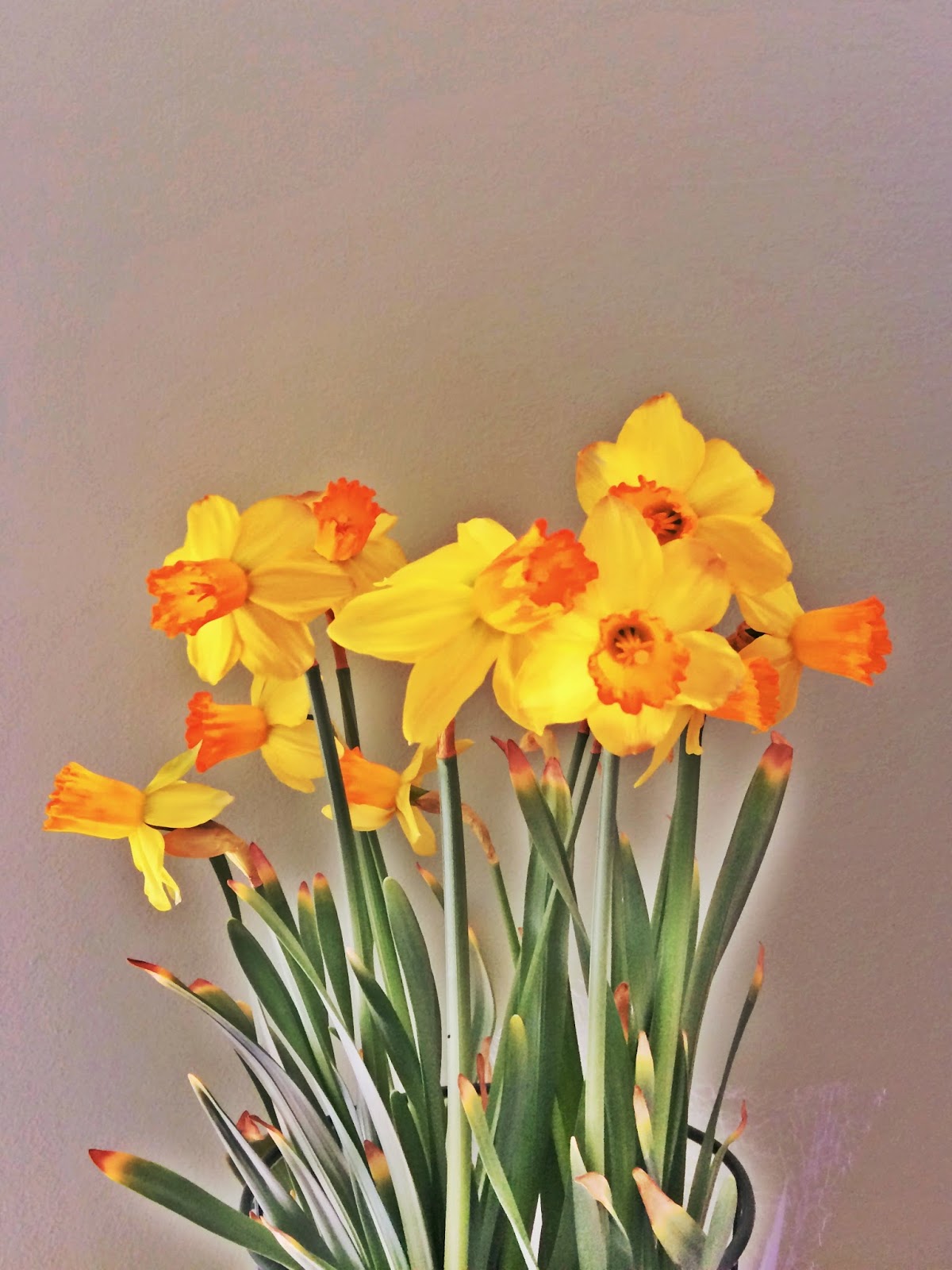 Raw food is beautiful when it is fruit cut in Thailand


This is the platter of fruit we found in our hotel room in Thailand. I wish I could cut fruit like this, somedays I will have to learn, it is so beautiful! For the moment I'll keep these images for inspiration! 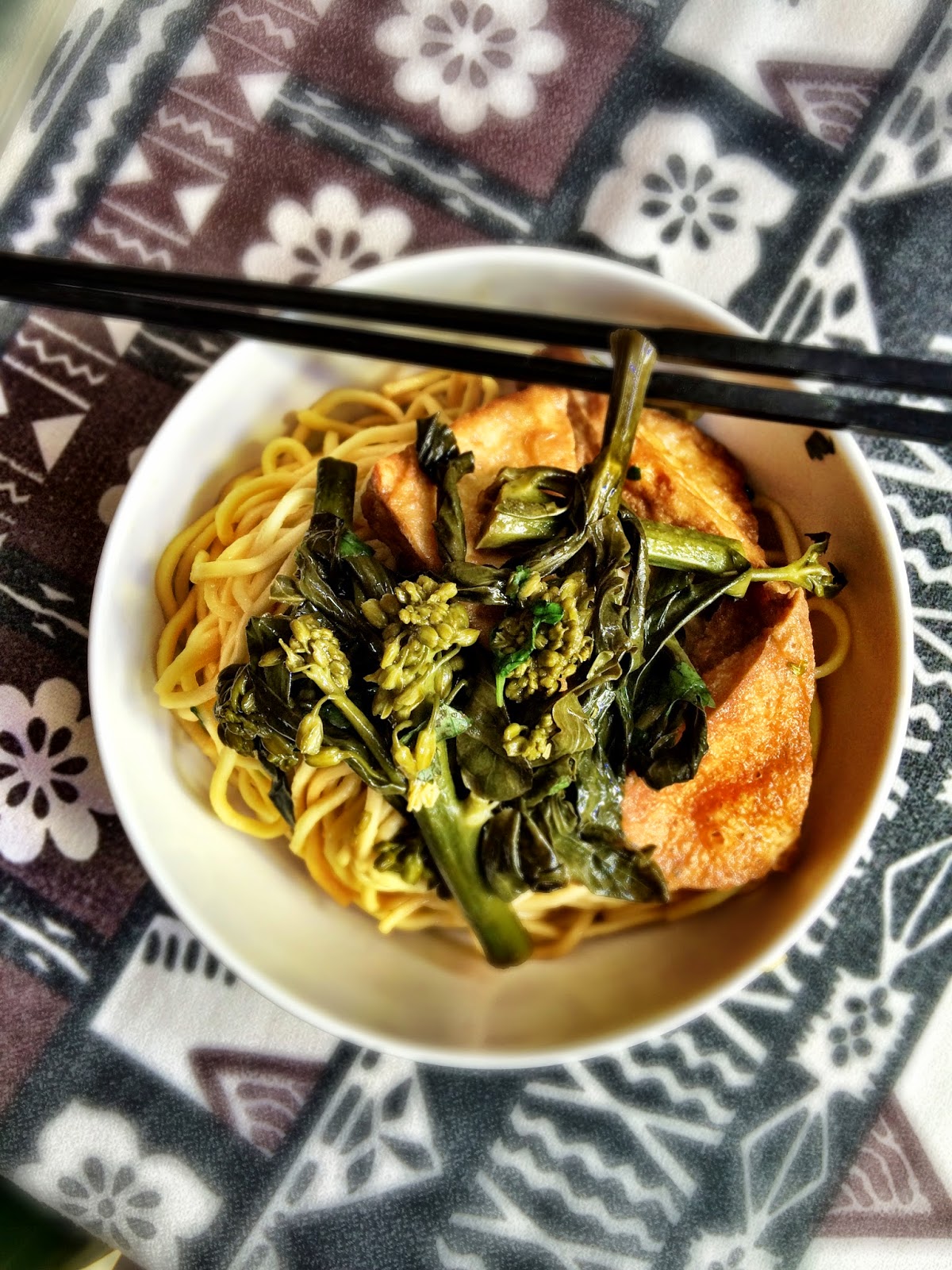 A quick one bowl dinner with only three main ingredients and a few seasonings.

The main ingredients are was to find in most Asian stores: fresh noodles, fried tofu and some kai lan (Chinese broccolini). As an alternative you can use regular broccolini or any green vegetable (bok choy or kale, for example). Wash the broccolini, heat one or two tbsp of vegetable oil and a few drops of sesame oil in a pan or wok, add the broccolini and sauté quickly then add some soy sauce (one or two tbsp) and cover for one minute. Add the tofu and (optional) 1 tbsp of lemon juice. Personally I love tofu with soy sauce and lemon! Add the noodles and stir well, cover and simmer on low for a minute or two. Done!

Posted by Alessandra at 2:03 AM No comments:

Email ThisBlogThis!Share to TwitterShare to FacebookShare to Pinterest
Labels: Asian, Broccolini, Chinese, Kai Lan, Mains, noodles, Tofu
Newer Posts Older Posts Home
Subscribe to: Posts (Atom)
This blog is dedicated to restaurants, cafes, airlines, schools, and anyone who cater for others. A good Vegan meal is a right, please offer it.