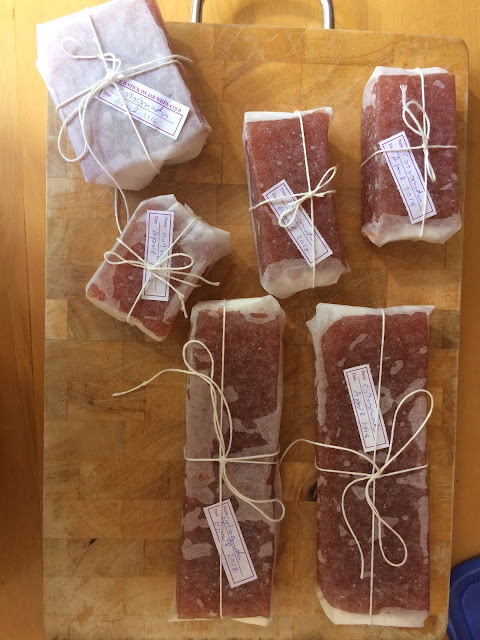 It is Autumn and there is great produce around, in particular I like quinces, which I can find at the local orchard in Oratia (Dragicevich and Sons, in West Coast Rd). I usually make jelly (recipe here) or paste, the paste needs less sugar and you get more out of it, although the cooking process is quite long. 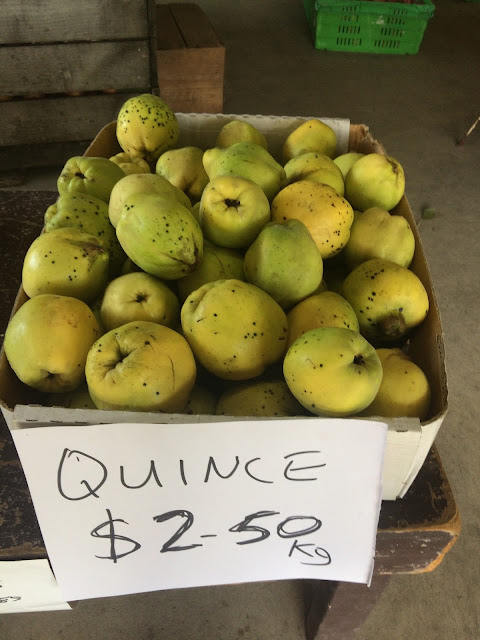 Wash the quinces, quarter and then remove the centre but not the skin. Cook with a bit of water until soft then blend. Add 60% of weight in sugar and a pinch of citric acid, and then bring to the boil, and boil, boil and boil until quite thick, stirring most of the time (ideally all the time, but I took breaks away from the heat!!). Then pour into a mould or a rectangular container. 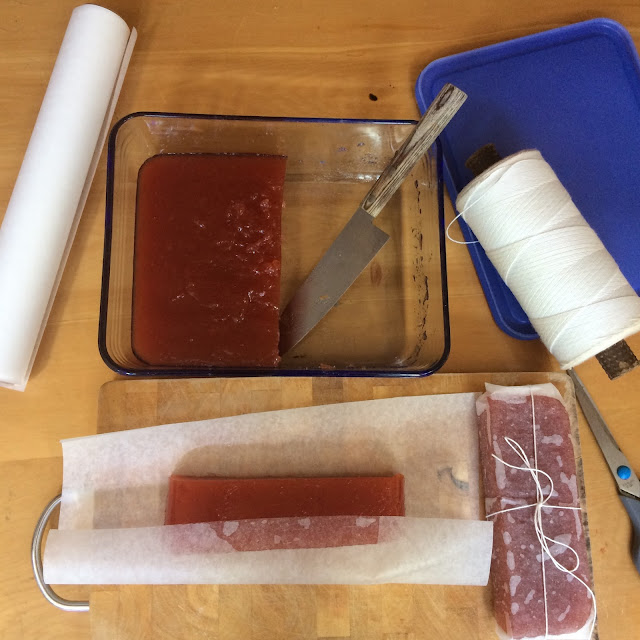 Let the paste set for a few days, then cut and wrap in baking paper. 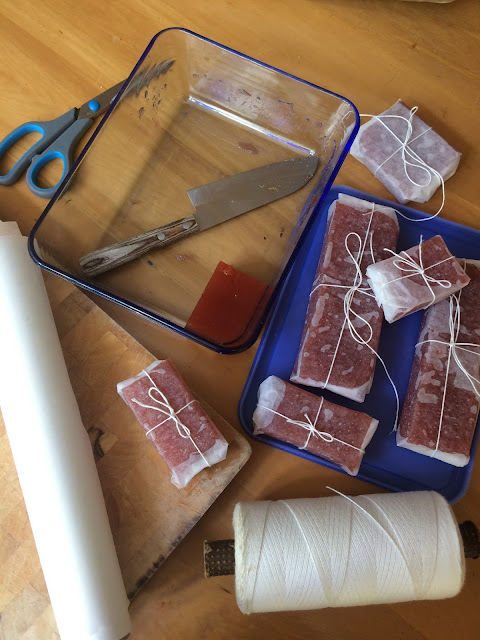 This year I had quite a few feijoas in the garden, so I though of doing the same. In the past I made jam (recipe here) and it was so solid that I realised that it had been a mistake to put it into jars: feijoas are like guava and guava makes a paste similar to quince paste.

So I followed the same steps as for the quinces, but instead of removing the core I removed the skins with a knife. If you want to use the skins for something else you can try this feijoa cordial. 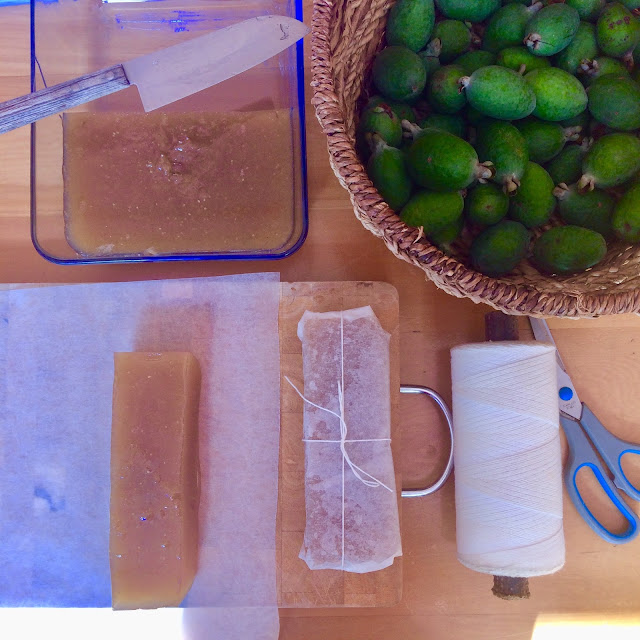 Finally, the fig trees have a few figs, not big and as soon as they ripen the birds eat them, so the only thing I can do is to pick them when they are still green, not so good for eating fresh, but good for jam.

Boil them first for five minutes then discard the water and scum (from the white sap that comes out), cut them into two and put them back in the pot, once again with 60% sugar, and a little water. 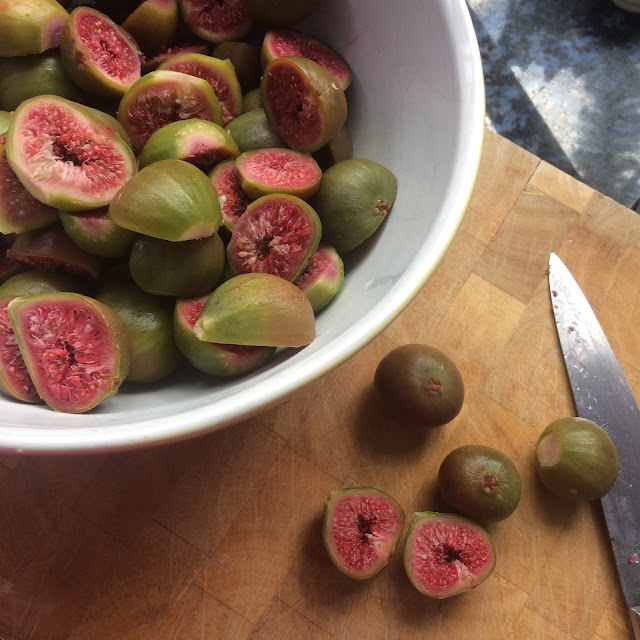 The figs should mush easily while boiling, if you keep stirring them with a wooden spoon, but if you want to keep a few whole remove them from the pot before mashing the rest, and add them back during the last 5-10 minutes. This jam went into jars, it looks great, but I have the feeling that it will also be quite hard (I added some pectine - jam setting mix) and probably next year I will end up making fig paste instead of jam! 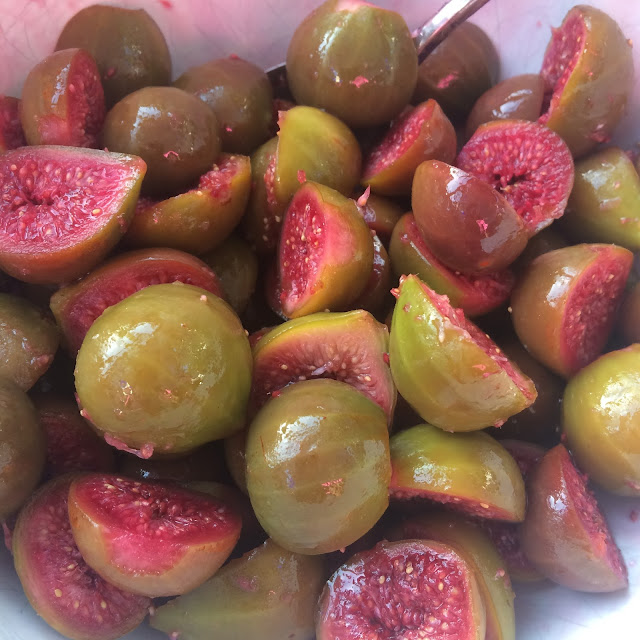 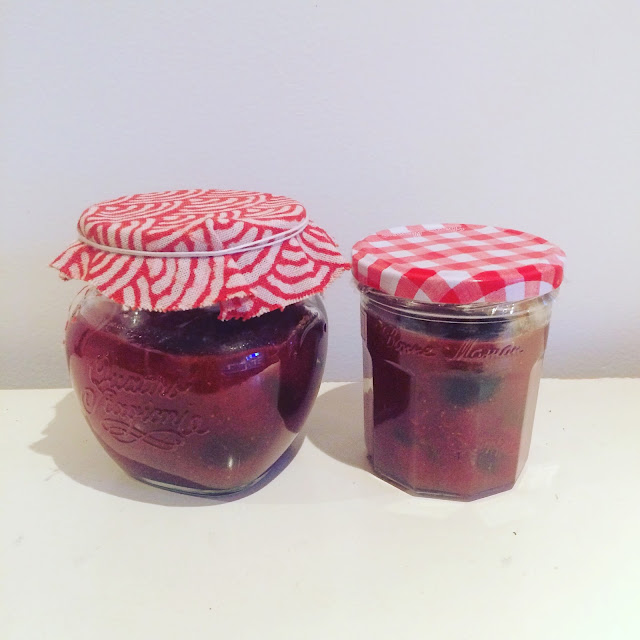 Posted by Alessandra at 6:56 PM